IF YOU LIVE IN LONGARE GO TO THIS LINK

Mark you, for those not acquainted with this area surely the name of Longare may sound new:  this  is understandable since the first time the name was used was only in 1295 (August 4th) when it was mentioned in a document which divided this area in three districts: Secula, Costozza and Longare. Better  known is Costozza famous for its stones (Vicenza limestone) used to build Roman monuments and, for ages, many buildings and monuments around the world, until the quarry was closed in the 1980s. Palladio himself used it for the bases, the capitals, the architraves, friezes and the stairways of many of his works. The caves  were also used  as prisons during the war between Verona, Vicenza and Padua around year 1300. 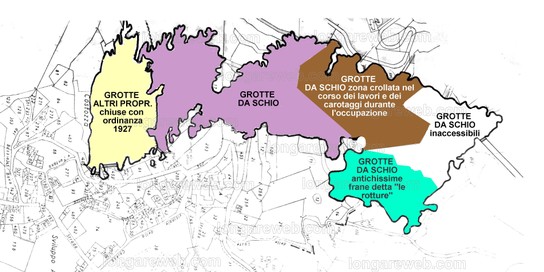 Due to the presence of these caves, which provide "a wind" at a constant temperature of 12 degrees all the year around, several buildings in the area have natural air conditioning. The caves were also used as location of factories for war material during World War two. The whole area under the hill has a development of about 55.000 sq. meters; unfortunately nowadays difficult to visit. Costozza's  history goes back many centuries and has been for almost three hundred years a personal possession of the  Morlino Trento family, who's last descendant, Ottavio Trento died in 1852 with no children.  The estate was left to several related families (Da Schio, Valmarana, Schio Sessi). Of these only Da Schio is still present on site owning the original possession. Coming back to Longare,  under the Venetian domination it  became a municipality having as sub-districts Costozza, Lumignano and the  above-mentioned Secula. In our days there are roughly 5.600 inhabitants scattered around 22,77 sq. km. Before going into details have a look at its location. Longare is placed between three motorway  exits (in a range from 2.5 to 7 km.) and is twenty minutes drive from Padua, half an hour for Verona (and the lake of Garda) and even less from Venice.

VICENZA - AT A GLANCE 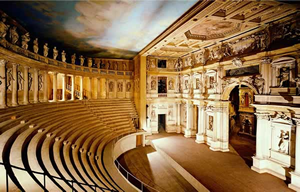 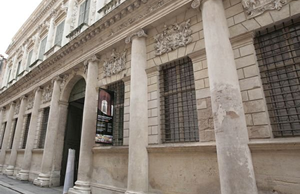 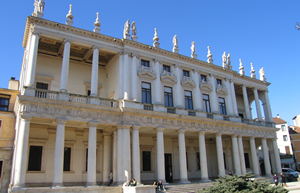 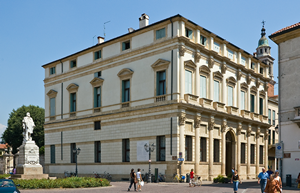 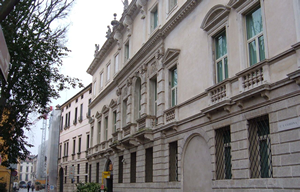 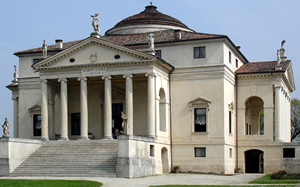 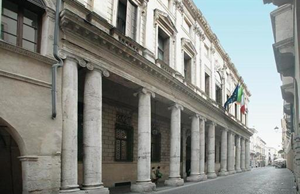 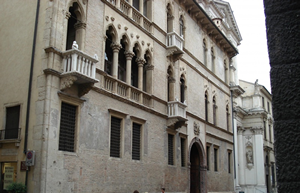 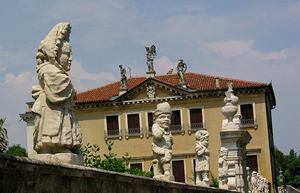 Longare has several villas and places of interest. The first ones - driving in from Vicenza -  are neo- gothic style (sometimes refurbished on old structures) like villa Vaccari, a bit covered by trees, and, above it, at the top of the hill, villa Zannini-Zambon.  On the other side of the Bacchiglione river one can see  villa Bassani, then comes villa Barbaran Capra on the right side (also this refurbished) just beyond the Church and  the Town Hall.  Further on  stands Costozza with its wonderful square and villas that surrounded it.  Worth mentioning are  villa Trento-Carli, Villa Trento, Taverna Eolia and villa Da Schio.  Going on there is Lumignano. Long the street and downtown is villa Godi-Miotto, villa Dottori, villa Dottori Scaroni and many others.  Hereinafter there are some images. 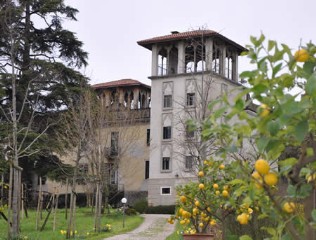 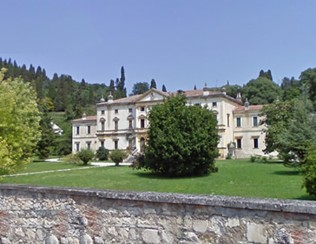 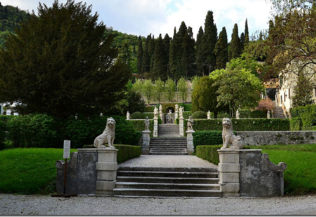 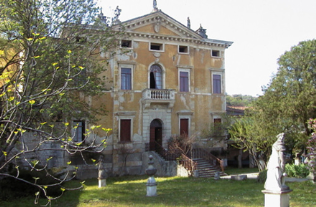 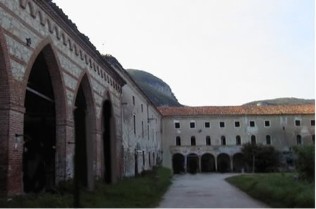 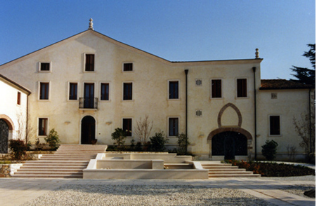 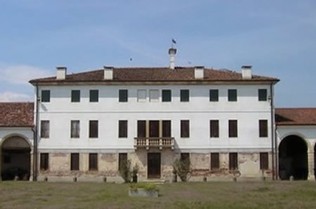 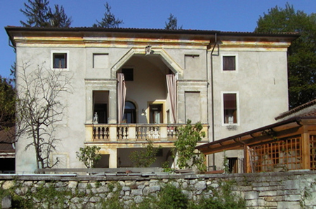 But to have an idea (although they are not all enlisted) have a look at the following picture.  If you are interested in  details click  over here and refer to the numbers on the left side.  Unfortunately what is written in this link has not yet been translated. 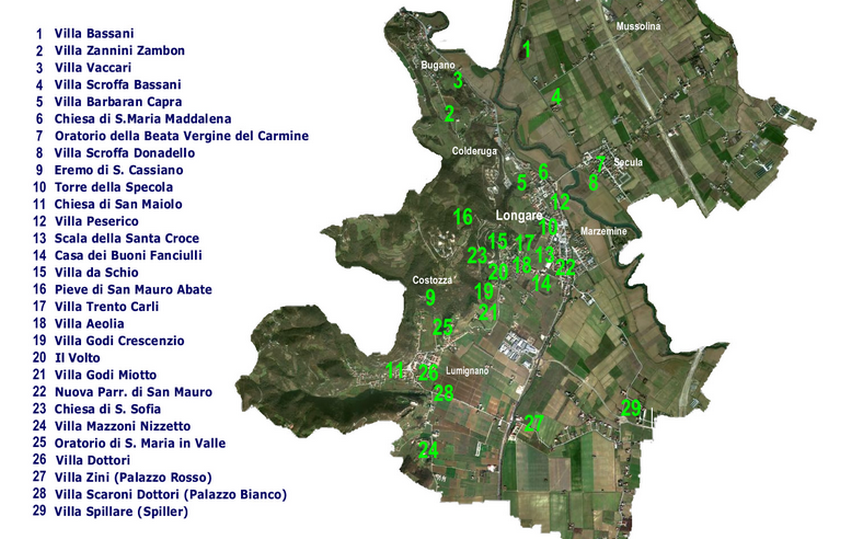 From LONGARE departs a man made canal, built in the year 1100 and still in use, which is capable of diverting the water of the Bacchiglione river so as to bypass Padua.  It was made for this purpose during the war with that town.  It's so famous that even Dante Alighieri (1265–1321) mentioned it in the Divine Comedy.

Care not for this, the crowd that now are girt
By Adige and Tagliamento, still
Impenitent, though scourged. The hour is near
When for their stubbornness, at Padua’s marsh
The water shall be changed, that laves Vicenza.
And where Cagnano meets with Sile, one
Lords it, and bears his head aloft, for whom

The web is now a-warping 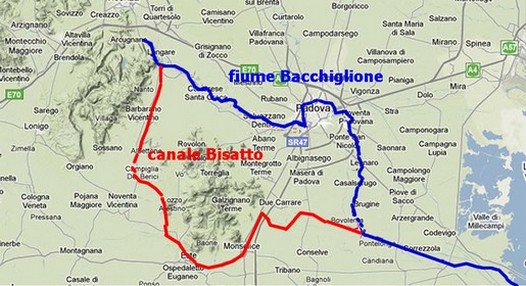 More or less alongside  the above-mentioned  canal but starting at Vicenza in front of  the majestic Palladian Arch of Porta Monte
departs the longest bike route of the Venetian region.  It enters Longare and goes as far as Noventa Vicentina for the length of 35 km.  At the very beginning there is the famous Palladian villa Almerico - Capra known as "la Rotonda". Near the end of it there is another famous Palladian construction  Villa Saraceno, presently a Landmark Trust property. 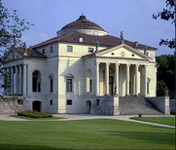 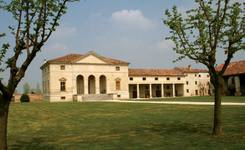 VILLA SARACENO
Before entering Longare (ponti di Debba) there is a water level control of the river Bacchiglione.  In the past it was very important because all goods travelling by water or by land had to pay a duty on their  way in or out. For years it was also a mill house like many others along the river. This is visible in the next image. At the moment it is used for the production of hydropower electricity.

The two following documents, dated around 1780, give an idea of how important this place was also with its details. The colored image explains the exact lay out of the stones.  The boat used to enter the basin - visible in the top part of the first image - and unload its goods which would be at level for the maneuvering. 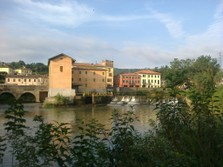 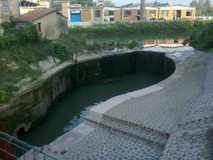 Longare is also inside an important wine production area.  To appreciate this scenery and have a chance to visit  some wine cellars here is a route map among the vineyards. 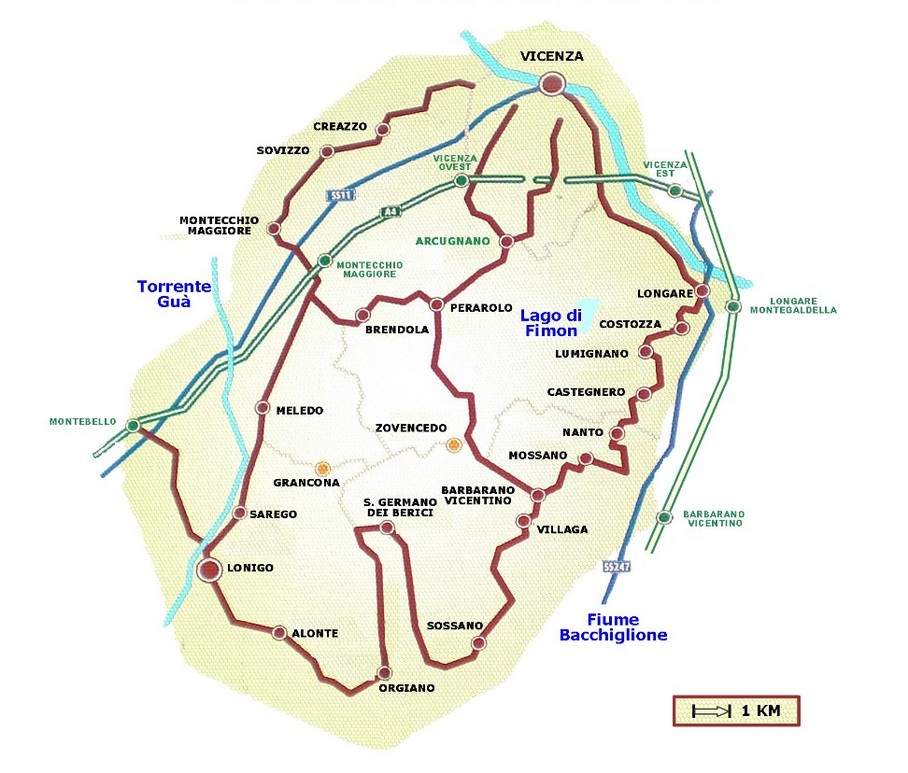 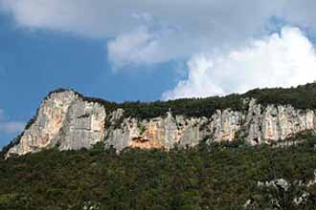 Longare develops also on the hill side where it reaches an  altitude of 300 m.  There are several walks that can been done.  Many of these depart from the main square of the district named Lumignano.  These walks are normally numbered so it's quite easy to find one's way.  The signs are like this:

And during the walk there is a wonderful view over the Po  Valley.  In clear days one can also spot Venice.

Beside that, in this same area, there is the opportunity to practice climbing.  The resort is quite important and people come from everywhere specially during weekends. 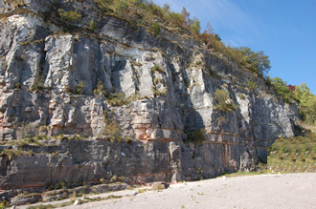 THIS IS JUST TO GIVE AN IDEA AND STIMULATE A VISIT, BUT LONGARE HAS MORE TO OFFER  STARTING WITH THE RANGE OF EXCELLENT RESTAURANTS